“He’s got some serious chops.”

Are you playing with any of your original band members?

I was playing at a gig in the East Village last night. I came out on stage for a bit, and one of the guys had a guitar that he used to play with. They told me it was his guitar. And it was my bass, so when I heard his playing, I was like “Uh oh” because it sounded like he’d just played it once. But I love that he plays something that I used to play—which is kind of hard to find these days.

What about your own band?

They came out last year with our album and we toured. We got nominated for a few awards and they’ve been really well received. I want to show them that we’re not just touring, we were performing on stage. We did a record deal last year as well. We’re working on it. Hopefully, we can get on a record deal before that comes out. Maybe before that.

Are you still working with other people, like your other band members? 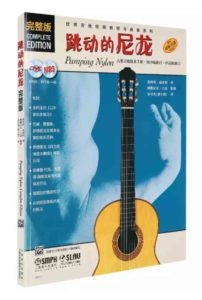 Have you been playing with any new bassists?

It’s weird because I played with a lot of people from my previous bands when I was younger. We did a tour together. I’d play in certain places in Seattle with other things. We played in New York. But you know what? We kind of came apart this time. I feel like we did what we had to do but there wasn’t much left to do. I don’t think anyone else could really get us back together again.

Have you gotten a better understanding of the band?

It’s cool. It’s a good feeling. When I look back on things, there were a lot of moments that were frustrating because they made it too easy for people to take advantage of us. There was always a way that a guy could come out there and just play some shit and be on stage and I’d have to be the one to go back and fix stuff. And that really pissed me off. I don’t know where it’s gone, but I think that made me grow up and realize that you don’t want to be the guy going back over the fence to fix it. There